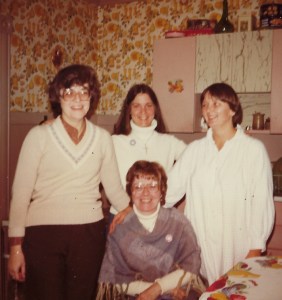 and Eileen Witkop moved into the North End of Springfield on Huntington Street, one block North of Sheldon Street. Noticing the poverty and the needs of their neighbors, they dreamed of turning an abandoned home on the next street into a neighborhood center to help those around them who were struggling. Together, along with one lay person, Julie James, they purchased 22 Sheldon Street. For two years, they and countless volunteers renovated the 17 room house. On April 23, 1984, they moved into the second and fourth floors of the gray house as work continued on the first floor. In October of that same year, the founders opened The Gray House and began to provide services to meet the civic, social and educational needs of their neighbors. 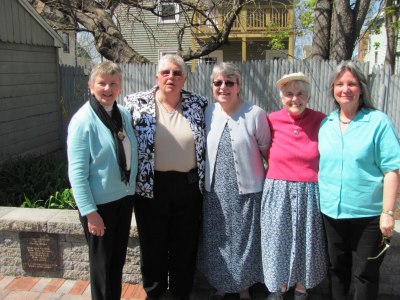 The Gray House continues to help people meet their immediate needs and address the root causes of poverty by operating a food assistance program, Adult Education Program and Kids’ Club. With a poverty rate that exceeds 45%, the North End is one of Springfield’s poorest sections and one of the poorest in the state. As poverty became a city-wide problem, The Gray House stretched its service boundary and now serves people from all neighborhoods in Springfield as well as surrounding cities and towns.

What’s new at The Gray House?

Your involvement makes a difference for our neighbors in need and we are grateful for your support! Click the Donate Button below to make a contribution:

The Adult Education Program provides English for Speakers of other Languages (ESOL) and basic literacy education to adult learners.

The Kids’ Club is an After School and Summer Program serving children in grades 2 to 5.

The Market at Gray House serves as a source of groceries for those in need.